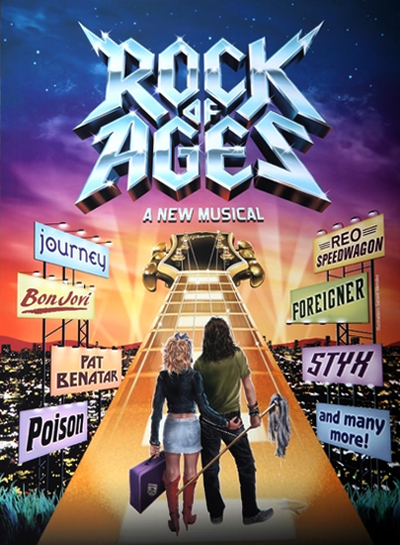 Believe it or not, I never saw the Broadway show the film is based on, which was wildly entertaining, according to my friends who actually did see it and whose opinions matter to me. It sounds like pure camp-heaven, so eventually I’ll get off my highfalutin horse and stroll on over to the Helen Hayes Theater to have a good ol’ time.

As fantastic as the show sounds, and appears to be, there are some major hurdles in the trailer for the film version of ROCK OF AGES.

For one, Russell Brand and Julianne Hough are in it. And it’s directed by the not-always reliable Adam Shankman, so strike one, two and, well, two-and-a-half by fiat.

Secondly, Alec Baldwin and Paul Giamatti are great comic actors, but when actors are blatantly winking at the viewer, it sorta negates the camp appeal it’s aiming for (I like my camp unintentional).

Lastly, the trailer is pretty dreadful:

See.  Yet, I can’t muster a reasonable rationale as to why I can’t wait to see it. I never (okay, rarely) judge a film by its trailer, but there’s something intriguing about this wreckage that compels me to want to see it.

Oh, and P.S. While nothing will ever make me believe he’s anything other than a raving lunatic,I’m about to say something I’ve never ever said – even at the height of his fame – Tom Cruise look friggin’ hot! I know, it’s my evergreen lust for dirty, long-haired rockers. Even the faux ones.