Ya miss me? I know, for a moment there I forgot I had another blog on the web to vent my nothingness. My apologies to my readers – I’ve been working madly these past few months, while writing my American Idol Report Card twice a week. But, I haven’t “forgotten” this baby…just let it nap for a little while.

Bill Levy, one of my favorite straights, so to speak, and I went to see Morrissey at Carnegie Hall yesterday evening (one of the perks from working where I do is that I can see most shows that I wish. My wonderful contact – thanx, Retta! – at Lost Highway was kind enough to grant my request for tickets). Bill is a Morrissey uber-fan, who purchases tickets to every area show that’s scheduled and is a true connoisseur of his (Morrissey’s) art. This was Bill’s third Morrissey show of the week.

The last time I saw Morrissey in concert was early in his solo career. I was supervisor at the long-lost lamented Tower Records in the Village when he played Madison Square Garden’s Paramount Theater back in 1992 or 1993 (those years are a blur, so forgive my poor memory).

I’ve long heralded Morrissey as a mopey genius (not an original moniker, I know) – and as a Smiths-loving youth, I salivated at his early solo work. So, that chance to see him in concert was a thrill I wasn’t going to miss out on, knowing I’d probably never see the Smiths live. The Paramount was electric, with the 5000+ fanatics singing along, and dancing in the aisles…but this was a time in his career when there was little-to-nil bantering between songs, and was also that space in his solo years where he refused to perform any Smiths selections. Not that “Morrissey” fans minded – his first few solo outputs still dripped in the same sardonic vein.

I will admit that in recent years, my hunger for Morrissey has dwindled ever so slightly, and there’s no discernible reason, really. Somewhere between the radiant “Your Arsenal” and the meandering “Vauxhall And I” the innate thrill of an imminent new Morrissey CD wasn’t there anymore. I still loved the man – his art, his self-loathing, his wit, and his mighty pen – but I just stopped caring.

Also, as I get on in years, my once-driven ecstasy of going to concerts has dissipated to almost zilch. I rarely make the effort to enjoy watching a concert, even if it’s free (in the past 2 years I could count possibly ten shows I went to – once upon a time, that would be a per month figure) and if I could explain to you why, I would. It could be any number of factors, from my easy annoyance of rowdy crowds, to the sickly-sweet stench of marijuana in the air (the aroma literally makes me physically ill) to the more-often-than-not buffoons who always seem to purchase seats exactly in front of mine. At the risk of sounding like an old, jaded man, I actually prefer to go home and watching TV.

But, there Bill and I sat, 13th row orchestra, and an anticipation came over me that I haven’t felt in years. Could have been the company (I love Bill, and his girlfriend Tal, who actually took the ticket he purchased before I was able to get the gratis ones, is a delight), or the exuberant audience, or possibly the thrill of being in Carnegie Hall’s Stern auditorium, a beautiful theater the greats have all played. Whatever the reason(s), I felt I was about to have a great time. And I did.

Much of the set list was foreign to me, as it focused on his later solo CDs, and I have to admit I feel foolish for missing out on some of his most striking lyrics, e.g. “Black Cloud” and “Mama Lay Softly On The Riverbed”. But as someone who’s waited 25 years to hear any Smiths songs live, my ardor accelerated when the set opened with “This Charming Man” and later “How Soon Is Now”, perhaps Morrissey and (Smiths guitarist) Johnny Marr’s most famous masterpiece, and “Death Of A Disco Dancer”.

Most startling is how his voice, still muscular and rarely wavering, hold up – that deep nasal tone still packs a punch on his most pungent lyrics. His band – guitarist and Musical Director Boz Boorer, guitarist Jesse Tobias, drummer Matt Walker, bassist Solomon Walker, and keyboardist Kristopher Pooley – all sinewy and sexy and passionate, only exemplified the fervent pitch with their craftsmanship. The band kicks major ass.

And what better way to end a most memorable night but to stand outside Carnegie Hall, standing in the rain, and contemplating a most charming evening. Morrissey would have loved that. Probably. 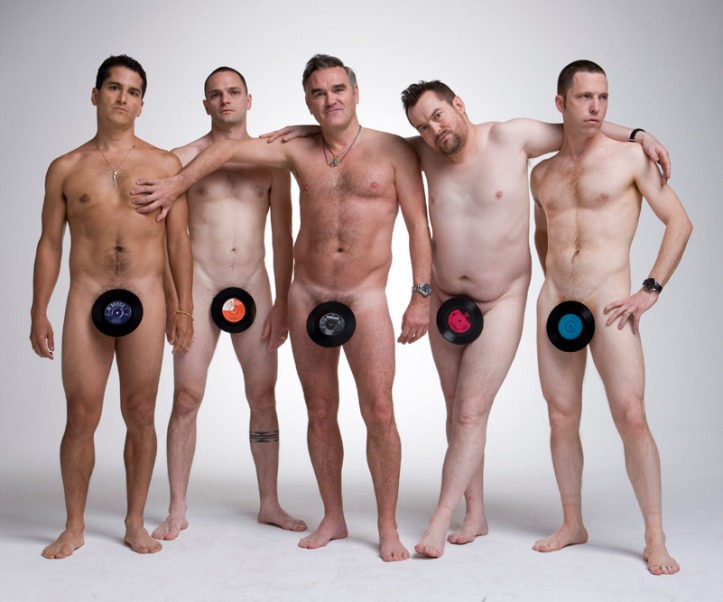 This Charming Man
Black Cloud
When Last I Spoke To Carol
How Soon Is Now?
Irish Blood, English Heart
Let Me Kiss You
I’m Throwing My Arms Around Paris
How Can Anybody Possibly Know How I Feel?
Seasick, Yet Still Docked
The Loop
I Keep Mine Hidden
The World Is Full Of Crashing Bores
Ask
Best Friend On The Payroll
Mama Lay Softly On The Riverbed
One Day Goodbye Will Be Farewell
Death Of A Disco Dancer
Sorry Doesn’t Help
Something Is Squeezing My Skull
I’m OK By Myself

encore: First Of The Gang To Die

Seek and ye shall find…